Talk about a time when you used a foreign language.

Well, in the present scenario, I got a good band score in the IELTS exam. This exam is related to foreign language English. Nowadays people like to learn new languages such as English, French, Spanish Language, Italian and so on.

Here I would like to talk about a time when I used the English language for the first time to communicate with foreigners. Actually, 4 years ago, there was a marriage of my cousin brother. He has been living in Australia for eight years. During his marriage, he came to India with his fiance. They both organized their marriage functions in India. At that time, he invited some of his foreigner friends. He gave me the responsibility of their friends and requested me to take care of them. I said yes to my cousin’s brother. 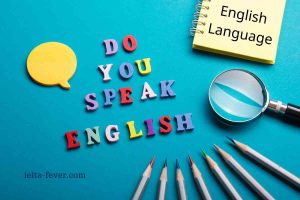 First of all, I picked them from the airport and brought them to my home. I kept them at my own home according to my cousin’s brother’s wish. At that time, I just started college. So I was not an effective speaker of the English language. I was speaking English with some errors in front of foreigner friends.

But they were understanding my talks. I said to them that I didn’t have enough experience of speaking English. But they did not have any problem with my language barrier. During all programs in the marriage of my cousin’s brother, I took care of his friends. They were interesting as well as friendly by nature. They also became a friend of mine.

We enjoyed each and every moment a special program together. We danced together and clicked some photographs with each other. Now we are friends on social media Instagram. We do chat with each other during our leisure time. this talk helps me to know more about the English language.

Apart from it, foreigners helped me by teaching me some rules of the English language. They suggested me to go to Australia for my further studies. Also, they appreciated my courage to speak English. During that time which I passed with friends of my cousin’s brother, I became able to speak English fluently. This helped me most in my IELTS exam.

Overall, that was the time when I used a foreign language for the first time.

Talk about a time when you used a foreign language

the person who speaks a foreign language well