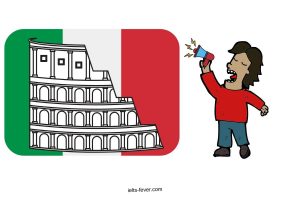 # Describe a person who speaks a foreign language well.

Well, I know many people who speak international languages very well. It becomes a trend in India to learn more than one language. Even, nowadays everyone has known at least three languages such as Hindi, English, and their local languages such as Punjabi, Gujarati, Haryanvi and so on. however, here I would like to talk about my friend Neeraj who speak the Italian language quite frequently.

he originally hails from India but now he has been living in Italy for 8 years. he had completed his graduation from a well-renowned college of Italy. So, he had to learn this language to communicate with native students. Last year he visited India to attend a wedding function and I was so surprised to see him because he was looking so handsome just like before he changed his hairstyle.

He changed now as he has long hair and he ties it with a band. In the past, he preferred to wear only simple and sober clothes but now he likes some bright as well as funky clothes. Apart from it, one thing that was shocking for me that he was talking over the phone with his girlfriend in the Italian language. he spoke Italian just like local people of Italy.

I mean he spoke it in good faith and wish I had never heard Italian from his mouth. Lovingly, he tried to teach some words of Italian language to me but unfortunately, he did not have so much time in India due to function ceremony. He promised me that next time when he will come then he will definitely teach some basic words. All in all, he is a great guy with multilinguistic skill and gained so much success because of this skill.

But here I would like to talk about a person who speaks a foreign language well. Interestingly he is my best friend his name is love and he lives in Canada he is only 21 years old and he knows about the English language but he speaks Spanish in daily routine.

Apart from it since 8th standard that time he was the topper of my class as well as he always helped me in studies and other project work.

After eat when he passed + 2 standards then he went abroad for further study. I remember to a month ago he comes to India for family marriage he shared all matters and things with me.

Furthermore, he told me, when I applied for a job that time every company wants to that person who knows above 3to4 languages. So, I joined Spanish classes as well as, listen to Spanish songs and, watch local Spanish TV channels.

with it, he learned this language. Surprisingly, now he speaks the Spanish language in proper fluency and his pronunciation also like the native of Spain.

At last, according to me, everyone has the ability to learn any type of language and things. Also learned from his is that no matter where are we, can we learn any skill in the language. If anyone has an interest then he or she definitely learn any language without facing a lot of troubles.

Question: – do you learn a foreign language? why?

Answer: – I am a student and I also prefer to learn different sorts of things and language. I also learn the English language. It is an international language. Actually, it is not my mother tongue it’s the first foreign language. Apart from it, anyone wants to get a white-collar job in multinational companies then the company needs that person who well known about the English language. This language used on the worldwide level.

Question: – do you want to become a foreign language teacher in the future? why?

Answer: – well, the future is unpredictable however, if I get a chance to become an international language tutor then I will definitely want to teach these skills to others. There are numerous of the reason behind it, first of all, the teaching profession is quite respectful instead of another profession. Apart from that, it also helps me to gain more knowledge because teaching is the best method of learning. Teaching line is also wonderful job as compared to others.

Question: – why some people run fast while others slow?

Answer: – well, according to my point of view, the different individual has different and learning ability. Due to this, when someone has the interest to learn something then he or she catches things easily as compared to interested people. For example, comfort child has interested to learn swimming but his parents force him to choose dancing as a subject then, he will not learn dancing quickly because of the lack of interest. According to me, interest and ability both are important to learn things fastly.

Question: – you think grammar is important when you learn a foreign language? why?

Answer:- definitely, grammar is necessary to learn any language. However, at the first stage of getting to know the language. With it, everyone easily understands the rules and regulation of foreign language. If you have proper knowledge related to Grammar then you easily speak that particular language. Apart from it, movie grammar very important with the help of it, we easily communicate with everyone without facing any grammar errors.