These days many children spend a lot of their time playing computer games but little time doing sports. Why is this? Do you think this is a negative or positive development?

In the past time, it was common for children to go outside their homes in order to play sports with their friends. But in the present scenario, this trend has declined. Now, a number of juveniles give more preference to video games instead of playing in playgrounds. There are several reasons why is this happening and this leads to negative development in kids. I will discuss it in the following paragraphs of this essay. 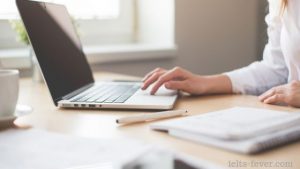 One of the main causes of playing electric games by offsprings is the busy schedule of parents. Nowadays, both men and women are working in offices. They do not have enough time to take their babies outside their houses such as in parks or playgrounds because of the burden of office work. As a result, parents allow their juveniles to play computer games so that kids would not force them to go outside. So, learners indulge in video games and become habitual to it. The next reason is the fear of crime. Actually, most of the parents are afraid of child delinquency such as kidnapping, murder, and so on. Thus, parents do not allow them to go outside their accommodation except for school. Due to it, children stay at home and play computer games. According to a survey of “Hindustan Times” every year, one million juveniles become convict of child offenses.

Apart from it, this has some bad effects on offsprings because every rose comes with its thorns. Firstly, the prolonged use of video games leads to health problems such as weak eyesight, obesity, less concentration on studies, and so on. Secondly, sometimes children learn violence from computer games which put a worse impact on kids. There are some games available in the market which are based on the battlefield like killing someone like PubG game. So, kids start behaving violently with their near and dear ones. It spoils the fabric of society.

To sum up, according to my point of view, the main causes of indulging in computer games are busy life of parents, child delinquency, and so on. It results in health hazards and bad behavior. I believe outdoor sports should be part of every kid’s life because it helps them to be more energetic.