Some people say television is a useful tool for education. Others argue that television is an overused and ineffective teacher. Which opinion do you support and why?

It is irrefutable that television has become part and parcel of every individual’s life. It plays an instrumental role in the lives of pupils. A group of humans believes television is a good source of knowledge whilst another camp of society thinks that television does nothing for students. According to my point of view, both arguments need proper scrutiny before forming an opinion. I will discuss in the following paragraphs in this essay. 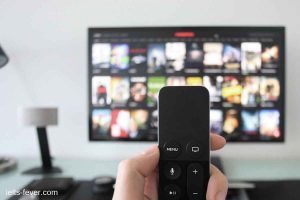 On the one side, some persons argue that television has proved very fruitful for learners because it helps them in education. In the present scenario, a variety of educational programs are telecasting on TV through many channels. By watching such kind of programs, children can broaden the horizons of their knowledge. In particular, the discovery channels present the documentaries of animals or wild animals. Through it, Juveniles learn about fauna. In addition to it, on television, a few channels are hosted by professional-pedagogical experts who educate kids by giving presentations.  As a result of it, children get a chance to be aware of theories, math equations, and so on. So, with the help of it, learners perform better in the classrooms by knowing topics in advance.

On the opposite side, a segment of person claims that television is not a beneficial source of education for juveniles. The first and foremost reason for it is that sometimes through educational programs on TV, the teachers teach complex concepts of the curriculum with difficult steps. So, students are unable to understand hard topics properly. For instance, scientific numerical and other topics can only be learned with the use of a notebook and pencil or pen. Furthermore, many times, the advertisements telecast on television during educational programs. It interrupts the study of offsprings. Due to it, they lose their concentration and start thinking about advertisements. So, their minds go astray from the studies.