When a country develops its technology, the traditional skills and ways of life die. Do you agree or disagree?

In the present scenario, every nation or country is trying to develop its technology more and more in order to gain good profit. A camp of society believes that the development of technology is a cause of the death of traditional skills and lifestyle. I partly disagree with the given argument. There are various reasons for it. I will discuss it in the following paragraphs of this essay. 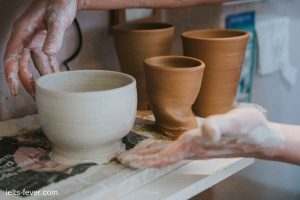 First of all, with the advancement of technology, a country can promote many things in the entire world including the traditional way of living, cultural activities, skills, handmade pieces, and so on. As a result, a nation can attract thousands of visitors towards it and become popular among the other regions. For instance, there is a famous city in India named Jaipur. It is well-known for its handicrafts and traditional skills. In the past time, only a few persons knew about it but with the help of technology, it has become popular in every country. Nowadays many tourists from all over the world come to India to see the traditional skills and culture of Jaipur city.

On the opposite side, with the development of technology, some traditional ways of working are eliminated. Actually, scientists or technicians have invented a plethora of machines to do work effectively. These machines help employees to complete their task in a few minutes. But due to it, the methods of doing work with hands had declined. It leads to many complications not only for humans but also for a lifeline of traditional skills.

In particular, A nation, Indonesia was popular for its traditional way of weaving clothes. This was a source of income for the Indonesian people. The weavers were made special types of clothes with natural colors. But then, the Indonesian government started developing technology in their own country for better life of citizens. For this, a number of clothing industries had established there with machines. So, people started giving more preference to the cloths produced by machines. Due to it, handmade clothes started decreasing and traditional skills of weavers were die harshly. So, developed technology has murdered to traditional skills.

To conclude, as we all know that every coin has two sides. Thus, technology has both negative and positive development for traditional methods, culture, lifestyle, and so on. According to my point of view, if a country develops the technical skills to gain more revenue, then it has to take care of its older skills in doing work. Both modern and traditional ways of performing tasks should be gone hand by hand.

1 thought on “When a country develops its technology,”