The threats of nuclear weapons maintain peace in the world. Nuclear power provides cheap and clean energy. Describe the benefits of nuclear technology outweigh the disadvantages. Discuss your views.

In the present scenario, some nations are using nuclear power to produce electricity for their citizens. There are a number of advantages of using nuclear technology as well as, drawbacks of it. Actually, it is rightly said that a rose always comes with its thorns. I will elaborate it in the following paragraphs of this essay. 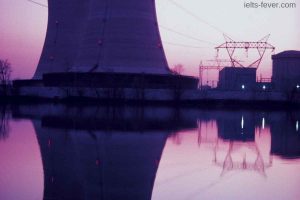 The first and foremost benefit of nuclear power is that it is a sustainable energy source which can produce thousands of units of electricity. Nowadays fossil fuels including coal, gas, petroleum, and so on are running out. Its production takes hundred of years as well. Due to this, nuclear power has proved fruitful to generate energy without wasting natural resources. It also does not disturb the ecological chain on the earth. In addition to it, nuclear energy is a clean source of energy because nuclear power stations do not produce detrimental substances. Also, it helps to save the environment from the pollution which occurs due to carbon emissions. Apart from it, nuclear energy is inexpensive and can be available for 24 hours. As a result of it, the government does not need to invest a big amount of money on producing electricity by nuclear technology. Thus, middle-class people can afford it.

On the opposite side, nuclear energy has a few disadvantages because every moon has its dark side. Firstly, nuclear power plants need a large area for the establishment. Also, it cannot be set up nearby accommodation of human beings because it produces radioactive waves which are injurious to health. Secondly, producing energy in nuclear plants has the onus of decrement in the lifespan of those people who work over there. Actually, they catch by the grave danger of many harmful ailments such as skin cancer, asthma, lungs cancer, and so on. Sometimes, due to accidents in nuclear stations, big explosions happen there which become the cause for the death of workers.

To conclude, as we all know that every coin has two sides. According to my opinion, the advantages of nuclear energy outweigh the disadvantages. I believe nuclear power should be used with safety measurements in order to reduce the risk of life.