Some people believe that a lot of scientific research is a waste of money and time. To what extent do you agree or disagree?

It is irrefutable that through scientific researches, a sea-change has occurred in human society. It makes every individual’s life more and more comfortable on the earth. According to a segment of persons spending money and time on science projects is just a waste. I quite disagree with the given statement because science brings a plethora of benefits to society. I will discuss it in the following paragraphs of this essay. 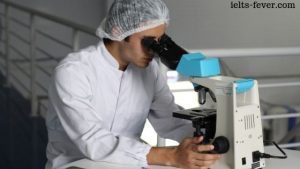 First of all, scientific researches are responsible for the inventions of a variety of medicines, medical treatments, drugs, anti-biotics, and so on. Such things are fruitful for human beings to cure a number of dangerous diseases including many types of cancer, heart attack, brain damage, and so on. Due to it, the death rate has been decreasing day by day and people live a long life on the earth. In addition, in the present scenario, science makes it possible for humans to explore other planets such as about their soil, atmosphere, aliens, and so on. As a result of it, people gain information about other planets and aware of their juveniles about it. So, there are many benefits to scientific researches. According to recent research, it is now possible to purchase land on the moon and go there.

Apart from it, with the help of researches, a miracle has occurred in genetic engineering. Actually, food production increases by modifying the genes of crops. In other words, genetically modified crops become resistant to harmful pests and insects. Thus, the need for food supply for the burgeoning population fulfills. It saves money as well as precious time. However, it is true that scientists develop more machines which make it possible for an individual to do work in just a few minutes. But nowadays humans are more independent of machines and they do not do physical exercises. This leads to several ailments. Many machines at the workplace, decline the employment opportunities for the common men and women.

To conclude, every day scientists do a number of researches related to machines, energy resources, space shuttles, and so on. It brings multifarious benefits for human beings. I believe an excess of everything is bad because science’s researches have its negative impacts on humans and animals.