It is quite evident that living in a clean and peaceful environment is the right of every human being. From many years, scientists are warning to preserve our environment as well as decline the use of energy sources in our day to day life. Also, scientists aware public about danger from the polluted environment. Unfortunately, individuals do not care about this burning issue. There are some causes for it. I will discuss it in the following paragraphs of this essay and suggest some effective solutions to mitigate this problem.

The first and foremost reason is lack of knowledge. Because in the present scenario, every person has been indulging in the usage of electric appliances as well as other machines such as microwave ovens, and so on. Such Electronic products make lives easier than before. They do the overuse of these things continuously. They do not know that these activities are degrading the environment. 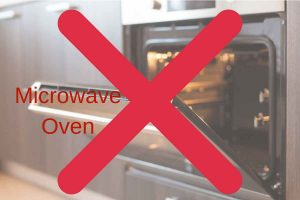 For instance, a plethora of masses uses an electrical product named microwave oven to cook their meals. It cooks food within a few seconds but a negative impact on the health of human beings. Because it produces radioactive rays while cooking eatable things in it.

Apart from it, a group of persons ignores that which things they are using might be proved detrimental for their environment. Even though, they have knowledge about this matter. In particular, some individuals throw garbage on roads and at public places such as Bus stands, railway stations, hospitals, and so on. They think that it is not their duty to keep the environment clean.

An Effective solution to ameliorate this problem is aware to the public that either how they can conserve the environment or how they use energy sources in a limit?? The campaigns should be organized by societies as well as by public sectors in which they aware other people about the bad impact of overusing energy sources.
In addition to it, another solution is that the authorities should make it necessary for all human beings to put the litter into dustbins by providing information to them. Government ought to do it strictly. For instance, according to a news report, in Japan, the government has decided to make Japan free from pollution and microwave ovens. Because microwave oven produces harmful rays which surely lead to dangerous ailments such as cancer and so on. Japan’s authorities have enacted a rule to punish people who will disobey or ignore their duty.

To conclude, protecting the environment is one of the important duties of an individual. Nowadays, people misuse of energy sources under less awareness about electrical products all by ignoring their duties for the environment. According to my point of view, the government should enact some strict steps. This is helpful to mitigate this problem but it will become successful only when every person takes interest to do so.