In the corporate world, it is more important to have practical skills than theoretical knowledge. In future job, applicants may not need any formal qualifications. How far do you agree or disagree?

It is irrefutable that we are living in a highly competitive world. Nowadays having practical knowledge is considered as an important factor rather than theoretical information. Some individuals argue that academic qualifications will be eliminated in the future. Also, candidates will not need it. I partly agree with the given statement. I will discuss it in the following paragraphs of this essay. 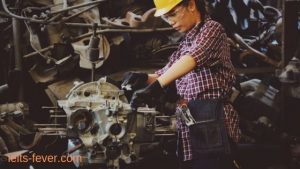 On the first side, in the present scenario, human beings have flooded with a number of machines which they can operate with the help of practical skills. In other words, many businessmen establish their multi-national companies in developing countries such as India. There, they hire skilled persons whether candidates are educated or not. Due to it, organizations held interviews to examine the practical skills of applicants. There are other jobs which require more experimental knowledge rather than theoretical information including engineers, electricians, salesmen, plumbers, and so on. For instance, a person named Hamilton Naki was a very popular doctor. Although he had large experience in the medical field, he does not have any formal qualification of the doctor. Also, he was an illiterate human who was a skilled doctor. He gained a peak of glory just because of his experiments.

On the opposite side, theoretical knowledge of a course has its own value. Actually, in this competitive world, a wise worker should have academic qualifications for many jobs such as teachers, lawyers, judges of courts, and so on. Without the information of theory, people cannot pass any graduation or second degree. In particular, in a developing country named India, if a person wants to get a government or private job of a teacher, then, he has to pass a written exam of his or her theoretical education. In actual, pedagogical experts have to share their knowledge with students. So, the value of theoretical knowledge will remain the same as in the upcoming years.

To conclude, with the rapid advancement of technology, a plethora of jobs require skilled men or women such as computer operator, website designer, and so on. But I believe the theoretical information also plays an instrumental role in one’s life. Academic qualification is an inseparable part which enables us to apply for employment.