Improvements in science and technology have made communication easier but have also led to a decrease in the safety of a person. Do you agree or disagree?

Science and technology go hand in hand. In the present scenario, the lives of people are more dependent on science and modern technology. Many inventions of science are proving advantageous for individuals because it improves communication’s ways. A camp of society tends to believe that the safety of one person’s personal details has declined. I quite agree with the given argument. There are some reasons for it. I will discuss it in the following paragraphs of this essay. 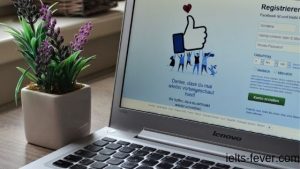 The first and foremost cause is a necessity of filling personal information in some electrical gadgets such as android phones, tablets, laptops, computers, and so on. In other words, in this modern era, social accounts, as well as mobile apps, need the private information of a human being. Because without it, one is unable to operate or run it effectively. Many times, such information is accessed by evil authorities.

They can use our personal details fro evil purposes which can produce various problems for us. For instance, Facebook is really a very popular social networking site. If a person wants to create an account on it, then, he or she has to fill personal details in it. More than one million humans are using Facebook to communicate with their friends or others. Recently, an unknown hacker has stolen personal information of a plethora of Facebook users and revealed on other websites.

In addition to it, with some improvements in computer technology, human beings set up CCTV cameras at their houses. They do it to save the lives of their family members. also, through it, they keep surveillance on their money and earnings by connecting cameras with the internet connection. They think that it is a good safety method for their houses whether they are at their home or not. But it is easy to hack or control CCTV cameras which are set up in another’s residence by decrypting passwords. As a result of it, some bad persons record such as what are you doing at your home? or you are alone in your home. They may hurt you by blackmailing you for money. Because sometimes, such persons warn to culprits for showing their personal videos to others or updating it on social media.

However, today, there are some other social media sites are available which provide top security to our personal details. In particular, a famous mobile app named “Sharechat” has provided such security. One has to fill his or her personal information in it such as name, marital status, and birthdate. But human beings can set a strong password for their details which secure your account.

To conclude, as we all know that every coin has two sides. If science and modern technology have improved our life to survive in this contemporary era, then, we may have to face intruder’s attacks on our social accounts also. I believe safety measurements should be increased.