With an increased number of privately owned vehicles, roads are becoming more congested. What measures can government and citizens take to deal with the situation?

In the present scenario, the numbers of private vehicles have been growing day by day. This process has led to traffic jams on roads. Actually, individuals give more preference to travel by their own vehicles. According to my point of view, congestions can be ameliorated when authorities and citizens will take some important and effective steps. I will elaborate it in the following paragraphs of this essay. 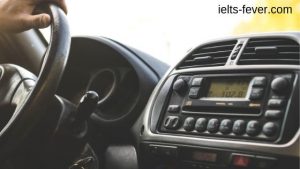 First of all, the government can play an instrumental role in declining a plethora of private vehicles on roads. Firstly, the public sector should pass a strict bill in the parliament which is related to the purchase of private vehicles. In other words, buying cars and bikes should be allowed for those persons who can easily afford the fuel costs or tax. Actually, there are some human beings who purchase private vehicles, but they do not have enough money to spend on it. In fact, they cannot afford the insurance of their vehicles. As a result, they own the debt from others and drive vehicles on the road. So, the roads become more and more crowded. The government should put restrictions on it. Secondly, the public sector should put a ban on driving private vehicles in the city center or in the supermarket. This will help to decrease traffic jams in urban areas.

On the other hand, individuals can also put their contribution in the decrement of private vehicles on the roads to reduce congestion. The first and foremost thing which persons can do is the use of public transport. The public vehicles are available almost in all the cities and countryside areas. It is an inexpensive source of transportation which is affordable by each and every person. When people will start using it, then the traffic will be reduced. Also, it will help to improve the condition of public vehicles with travel costs. Moreover, peers or colleagues can share cars with each other. This method is called Car Pooling. This will be helpful for a safe journey without traffic jams.

To conclude, in this modern world, everyone wants to reach his or her destination by using just private vehicles. I believe both government and human beings can mitigate the problem of traffic on the roads. They have to take some strict steps to reduce private vehicles on the roads.