Many office authorities impose restrictions on smoking within office premises. Some governments have even banned smoking in public places. This is a good idea but it takes away some of our freedom. How far do you agree or disagree?

It is irrefutable that smoking is injurious to health and it has led to some serious health issues in humans. In order to protect the citizens, many governments of different nations have put a ban on smoking at public places but a camp of society think that it is against our freedom. I quite disagree with the given argument because there are various reasons for it. I will discuss it in the following paragraphs of this essay. 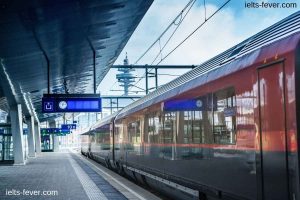 First of all, one individual’s freedom and duties have connected with other persons. According to the constitution of many nations rights of doing tasks and duties towards others are both sides of a coin. These sides cannot be separated. In other words, the smoker does not have the right to smoke at public places because it is detrimental to those persons who are around him or her. Such masses have called passive smokers who get hurt by a small minority of cigarette smoke around them. It becomes a cause of ailments such as swelling on the face, asthma, and so on. Thus, the government bans smoking in a public place. In addition, the remained particles of burnt cigarette are a reason for litter at bus stands, railway stations, and taxi stands. These produce the harsh smell and become a cause of less number of travelers in public transportation. So, the public sector has put a ban on cigars at such places.

Apart from it, authorities want to save the lives of citizens of their own nation because a country can only build with individuals in it. It has well known that cigarette’s smoke produces dangerous ailments which become the cause of death in human beings. So,  the restriction on having cigar preserves human being from harmful substances that are included in it. Through this ban, a traveler can travel safely in public transportation. In sharp contrast, some people believe that they have the freedom to do anything and have a right to live their life according to their own methods and desires.

To conclude, smoking is not only detrimental to a smoker, but also to non-smokers. Therefore, I believe that the freedom of doing activities is just valuable for a person until it is not hurt to others.