The chart below shows the number of men and women in further education in Britain in three periods and whether they were studying full-time or part-time. Summarise the information by selecting and reporting the main features, and make comparisons where relevant. 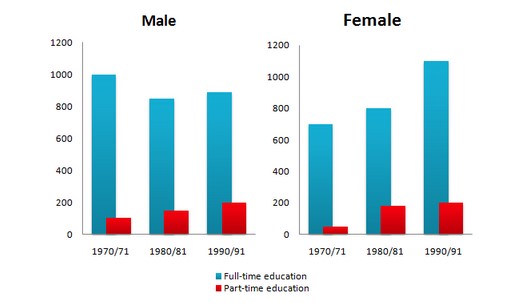 The bar chart illustrates the further study chosen by both genders in full-time and part-time education in Britain.