Nowadays mobile phones and the internet become a very common aspect of socializing. Do you think the advantages of this development outweigh its disadvantages? Give your opinion and relevant examples.

The technology has spread its legs every Nook and corner of the globe. In the present scenario, using mobile phones as well as the Internet are working as a simple interface of communication between individuals. This development brings some benefits and losses to society. According to my point of view, the benefits of using mobile phones and the internet outweigh its drawbacks. I will discuss it in the following paragraphs of this essay. 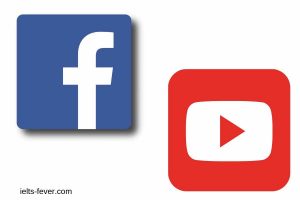 A disadvantage of interacting with each other through Android phones make the relationship week between relatives. Because in the modern era, human beings like to communicate with their near and dear ones via mobile phones by using a number of social websites such as Facebook, YouTube, and so on. They do not need to go to the homes of their relatives. As a result of it, humans do not exchange their views and opinions with them face to face. So, unique thing, standing between people declines which becomes the cause of the low level of attachment.

How ever, besides losses, there is a number of advantages of socializing on the internet. The first and foremost benefit is that nowadays a person can communicate with others at any time and anywhere. This is a massive convenient for human beings to remain in touch with friends and family through the video calling or text messages on smartphones having internet connection in it.

Apart from it, next advantage is joining the classes of particular course online by socializing with the pedagogic exports from foreign Nations. This whole process seems like original class such as learners are sitting in the classroom and they are getting coaching from trainer according to their curriculum. In other words, attending online classes has been proving fruitful for a plethora of students who belong to poverty-stricken parents. Because needy people can spend a little amount of money on their studies and with mobile phones, they can learn difficult topics with the help of online classes.

For instance, a person named ” John Adrian” provides live coaching classes IELTS exam on YouTube. Many students have joined his Institute named ” Academic English Speaking” online. Although he gives an effective training of IELTS course, he helps weak students to do improvements by giving them useful tips.

Moreover, the next benefit is awareness about the latest as well as burning issues of the day. Because through social websites, human beings share their points and opinions with their friends on the internet. Eventually, they can get more knowledge about different topics and easily know what is going on in their surroundings which is important for them.

To conclude, it is rightly said that every coin has two sides. So, the interaction of persons with the help of social networking sites on the internet brings a few profits as well as losses to human society in a different way. According to my opinion, socializing through Android phone is good until it is not outweighed on The Mind of an individual.