The plans below show the home and plans for its redevelopment. Summarise the information by selecting and reporting the main features and making comparisons where relevant. 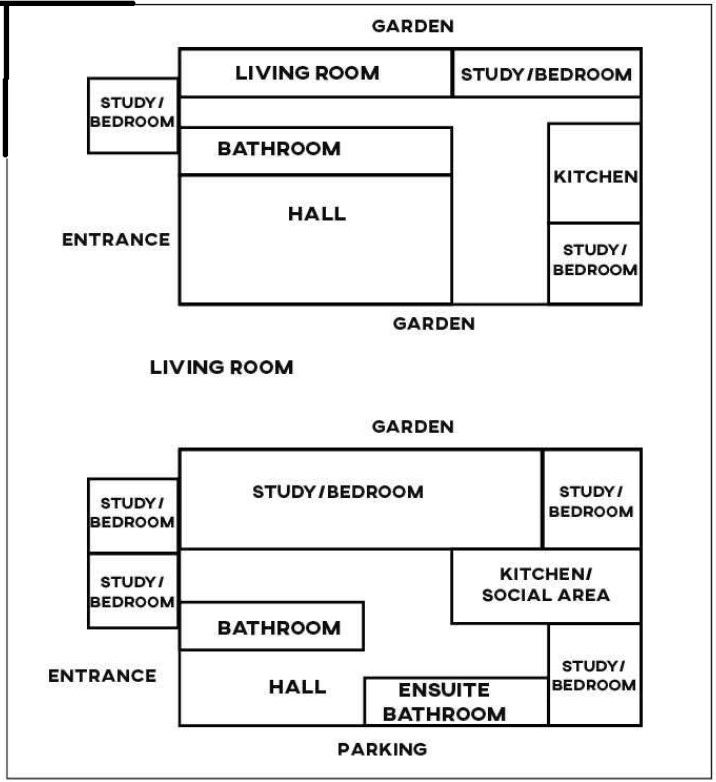 The first layout demonstrates the actual house, and the second layout illustrates the plan for renewing it.

Overall, the number of bedrooms will be increased in the redevelopment of the house and also the garden on the lower side will be replaced with parking.

Having a bird’s eye view, it is evident from the two plans that many changes will occur in the renewal of the home. In the present home, the hall is massive as compared to other rooms. Next to the hall, there is the bathroom, and on the opposite side of the hall and the bathroom, there are kitchen and study rooms. On the top of the home, there is a living room and a study room also. On the left side, there is another study bedroom. There are two gardens also.