The maps below show Pebbleton 20 years ago and today. Summarise the information by selecting and reporting the main features, and make comparisons where relevant. 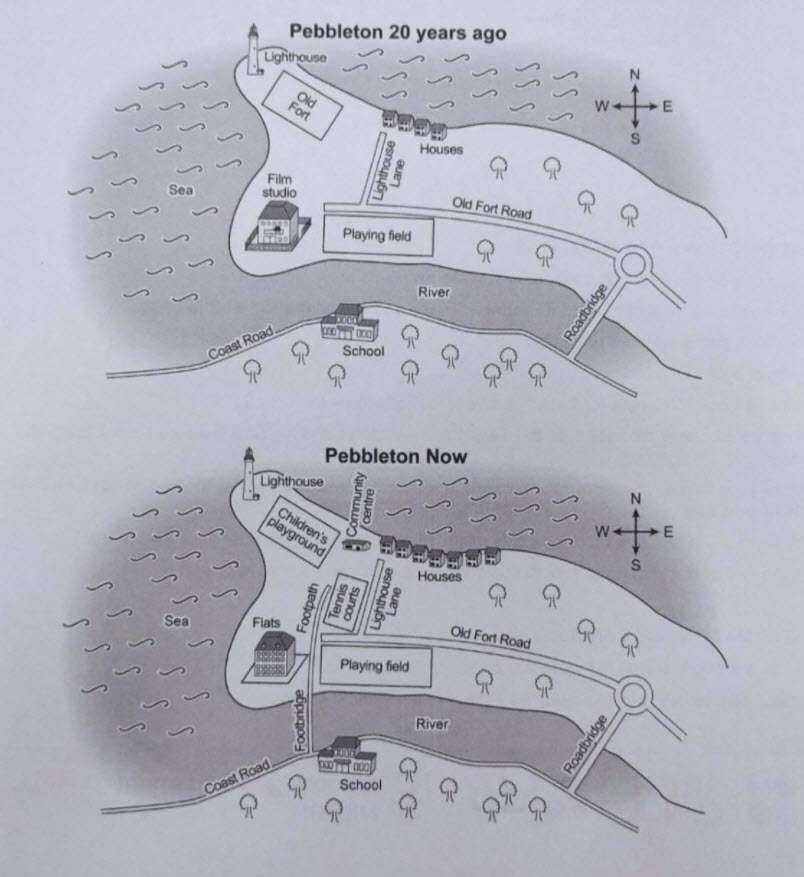 The given map represents information about the past twenty years of Pebbleton and the present day.

Overall, The town has become more residential after offering more accessibility for pedestrians and renovating houses.

To Begin, the most notable changes in residential areas such as the expansion of houses. On the north side of the map, the old fort has been replaced with a children’s playground and build new community centre is built next to it. Meanwhile, the lighthouse remains unchanged. On the south side of the community centre and behind the light lane, build a new tennis court that links with a footpath which is connected to the school along with coast road and the other side of a small river.

The area of the film studio has been replaced with a flat on the west-south side. The old fort road and playing field on the southern shores remain the same. Almost all expansion has changed the view of Pembleton.

Also, Read The Plans Below Show the Home and Plans for Its Redevelopment