The graphs below show the numbers of male and female workers in 1975 and 1995 in several employment sectors of the Republic of Freedonia. Write a report for a university teacher describing the information shown. 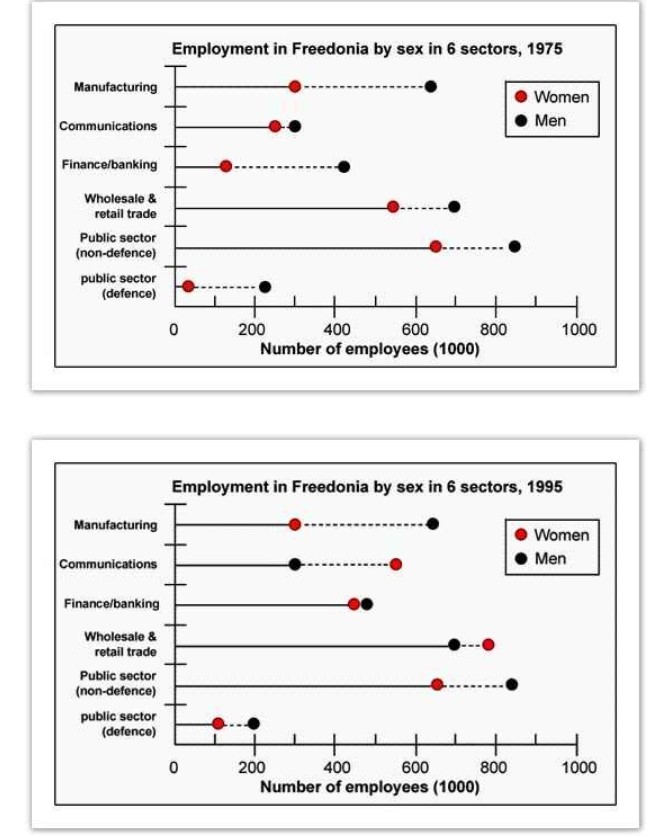 The two bar graphs illustrate the changes in the number of men and women employees in six different sectors in Freedonia in 1975 and 1995.

Overall, the male workers are hired more in all six fields in 1975. however, the female overtake the higher number of jobs in communication sector and wholesale and retail trade in 1995.