The bar chart illustrates population trends globally by percentage from 1950 to 2040. Summarize the information by selecting and reporting the main features, and make comparisons where relevant. 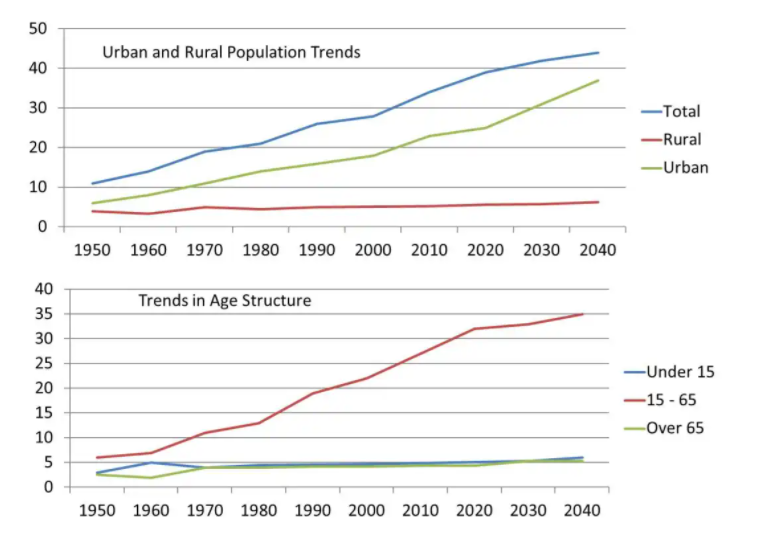 The presented line graphs indicate the worldwide population in terms of percentage between 1950 to 2040. There are two graphs that demonstrate data: population statistics of cities and villages and by age groups from the given period.

It is conspicuous from the given graphs that the population in megacities rose dramatically soared, and it is rarely apparent that age groups between 15-65 were a key contributor to population growth instead of other age categories.

Explicitly, for the first fifty years, the population moved in upward trend almost 20% in big cities. On the other hand, percentages remained stable in small villages, approximately 5% at the end of 2000. Furthermore, urban populations have some increasing trend which gradually climbs on 38% while in rural part population adopted slowly gaining up to 8% in 2040.

On further scrutiny, from the provided period, global residents, particular for the young generation, made pick point and observed 35 percentages. Last but not least, for both child and older aged people amount, have identical analysis which was near to 4% from starting point and ended with 6%.