The diagrams below show the changes that have taken place at west park Secondary school since its construction in 1950. Summarise the information by selecting and reporting the main features and making comparisons where relevant, 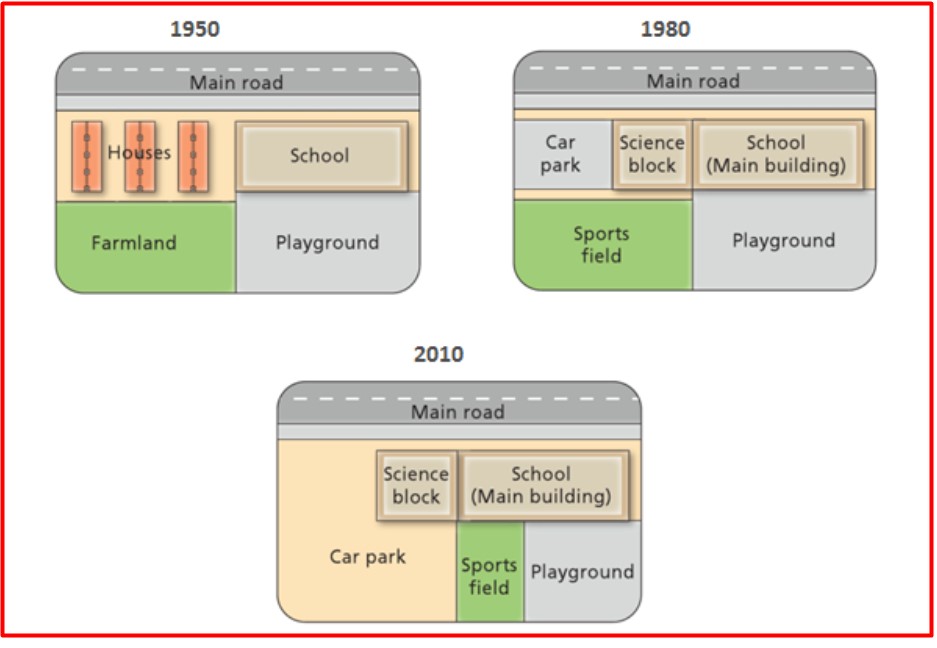 The picture chart illustrates the information regarding the modification of secondary school in three different years during the 1950,1980 to 2010.

Looking at the overall perspective, it is readily apparent that there are several changes that could be witnessed in the progress of the school.

Apparently, it is crystal noticeable that in three years, the main road area remained the same. Apart from it, in 1950 the Houses area was situated in the north-west side. Then in 1980, it was converted into two parts car park and science block. After that, the playground area was huge in the initial two years.

Turning towards remaining data, in 2010, the playground area was changed into a big space area. After that in 1950, the west-south side the farmland area was situated as well as it demolished into next year and the sports field area was built. Furthermore, the main building area was almost the same in all years.