The diagram details the process of making wool. Summarise the information by selecting and reporting the main features, and make comparisons where relevant. 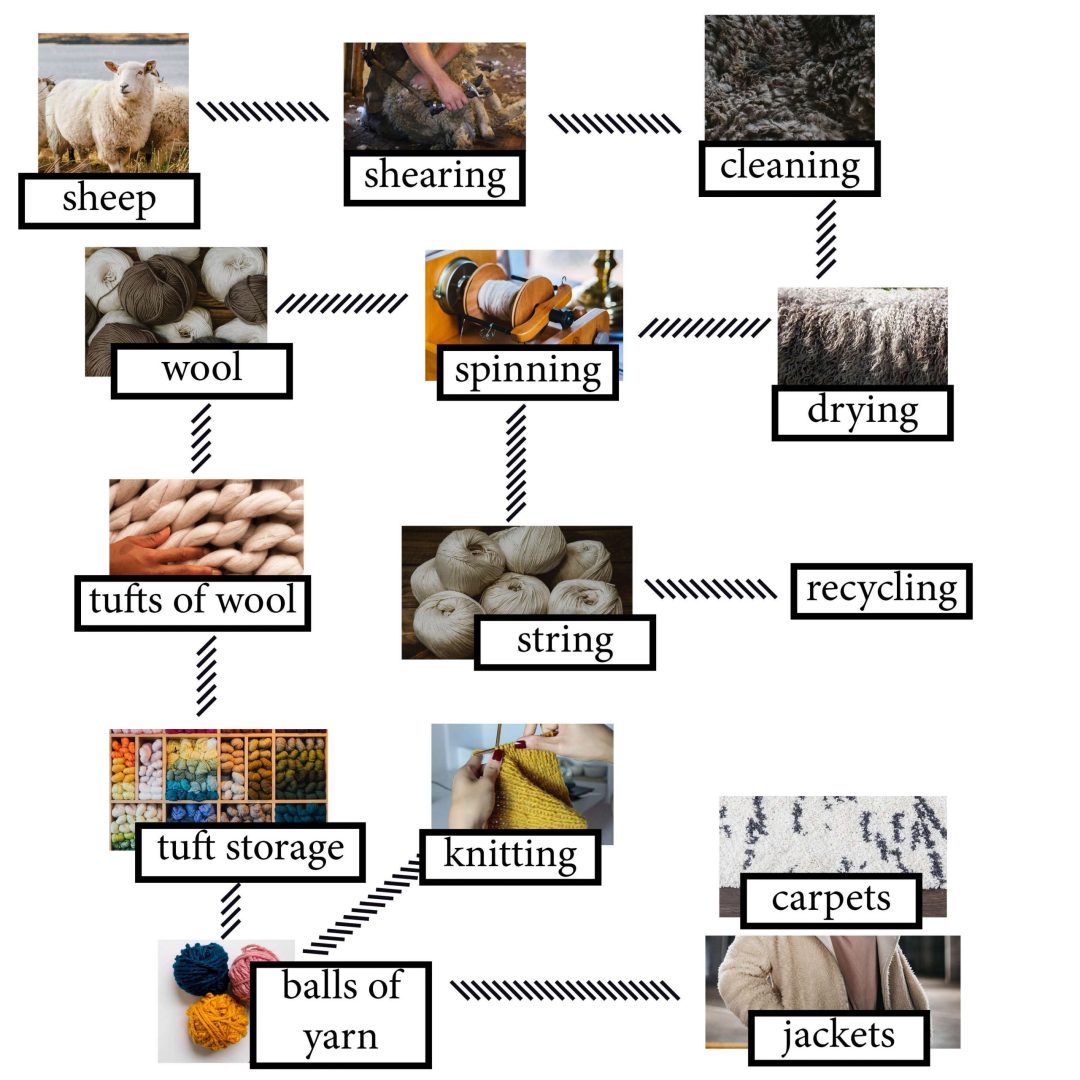 Sample Answer of The Diagram Details the Process of Making Wool

The yielded diagram demonstrates how wool is made and its items. Overall, it can be seen that it has various stages, from collecting sheep shearing to make wool, string and yarn.

In the first stage, making wool, sheep shearing is required. Thus, it collects by various methods. Afterwards, clean shears with water and the upcoming stage are drying. In the next stage, it spinning, this process branches into two processes one is wool while another is a string for recycling string use. The sequence process after the wool is wool’s tufts. Later store tufts anywhere such as in warehouse additionally, in the tufts storage all varieties and colour stores later, make yarn’s ball from it. The next stage is divided into two ways. In one, balls of yarn are used for knitting whereas, another usage is making jackets as well as carpets.