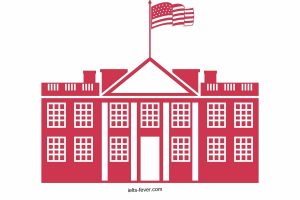 #Talk about a historical building

Well, I originally hail from City Kurukshetra but after my marriage, I have been living in Moga city in Punjab. As we all know, Kurukshetra has a great history so I would like to share information about a historical place which is quite popular and famous all over the world for its history. The name of the historical building is a Bhadarkali temple which is situated in the entrance of Thanesar to Kurukshetra. This temple is also known by different names such as goddess Kali temple, Shakatipeth temple. It is a myth that someone put their homage in this Temple than he or she definitely get success or power to win. I know about this Temple since when I was a kid because my grandfather told me a great history behind this Temple. Surprisingly, this Temple has great importance and history. I will explain it briefly. God Sati had married Lord Shiva against the will of her father King Daksha. One day, Daksha performs Yagya. He invited all deities but not his own daughter. however, Sati visited there and then, her father insulted her and her husband which she could not tolerate and threw herself into the Yagya fire.

On that time Lord Vishnu releases the Sudarshan chakra that cut Sati’s body into 52 parts, those parts fell on earth at different locations. Sati’s right ankle found in Kurukshetra. So that’s why the presence of the goddess’s body part makes this place so blessed.

Apart from it, another importance of this place is that it is also believed that Mundan in other words, hair removing ceremony of Lord Krishna and Balarama had performed in this temple. So that’s why this Temple has historical and religious value as well.

Interestingly, it is a famous building in India its name is Qutub Minar but, now everyone knows about this building as Qutub Minar complex. It is located in Delhi. Qutub Minar is a 73 meter tall tapering Tower of five stories. It also touches the sky at the peak level.

Apart from that, its first story construction started into round 1192. The Qutub Minar topmost story was damaged by lightning in 1369 and that was rebuilt by firuz Shah tughlaq, who added one another story.

After that, in 1505, an earthquake damaged Qutub Minar it was also repaired by the Sikandar Lodi. I remember, my grandfather told me about 1 accident related to this building. Sometime before 1974, do local police was allowed access to the top of the minaret through the internal staircase. On 4th December 9081 the staircase lighting failed after that 300to450 visitor’s scamper towards the exit and 47 were killed in the crush and some people were injured.

Moreover, 10th standard my school trip also went there me and my all class fellows saw the Qutub Minar as well as we got knowledge about Indian history. Nowadays, the visitor also visits and click some photos with historical marks.

Surprisingly, young ones also show their interest related to history. This building name also is written in the world record book.

Question: – what kind of buildings are popular in India in the present time?

Answer: – well according to my perspectives, tall buildings are gaining more popularity rather than other types of buildings Nowadays. In the past time, people like to spread theirs horizontally on the earth. But in the present time, human beings are started to give more preference to vertical separateness of buildings.

Answer:- old building had a child just horizontally whereas the modern building is tall nowadays. Apart from it,  ancient buildings were facilitated with modern equipment but, modern buildings are based on electrical products. Besides, many points which compare old and new building such as proper ventilation cooling and so on.

Question: – how do people in India feel about old buildings?

Answer: – in India, people think that old buildings are an important part of our Nation’s history. They know about the architectural design of the old building by seeing it. I believe,  it also describes to other visitors what was the culture, tradition, and history of India? they feel immensely glad when they visit such the buildings.

Question: – do old people and young people in India have the same attitudes towards old buildings?

Answer: – no, not at all, the old person thinks that ancient buildings are an important part of our country which tells us about the history of our nation. They like to visit it in order to know more and more about their ancient time. But, on the other hand, young ones are not interested in the history of old buildings. It is irrefutable that they visit such the places but only for clicking the photographs there with cameras to upload it on social media.

Question: – is it important to preserve old buildings? why?

Answer: – yes definitely, it is important to conserve ancient buildings because the old buildings tell us about the past time,  living style of human beings during the past time and so on.

Question: – what aspect of culture do old buildings reflect?

Answer:- Well, the old buildings reflect about the old architectural designs of buildings, way of living of humans in the past time, facilities of ancient time for people and so on. Besides, old buildings describe social memes,  rituals, cultural painting through the picture which hung on the walls of these buildings.

Question: – do you think it is worth the money to preserve old buildings?

Answer: – according to my point of view, it is not the wastage of money to preserve those buildings which have some historical significance and earn revenue in the form of the tourist dollar, as well as these buildings, are very helpful to increase the economy of the nation.

Question: – how have buildings changed in the past few years?

Answer: – in the Modern era, buildings have changed a lot in the past few years. Today we have more high rise buildings. Apart from that, nowadays people also use different sort of material which is imported from other countries. Moreover, today’s everyone focuses on buildings utility as compared to beauty.

Answer: – well, it is very important to design a building because it is very helpful to start the construction work. If we do plan then we do not start the work of any building. with it, we easily organized the lighting security and the other systems.