# Even though globalization affects the world’s economy in a very positive way, its negative side should not be forgotten. Discuss and give your opinion. 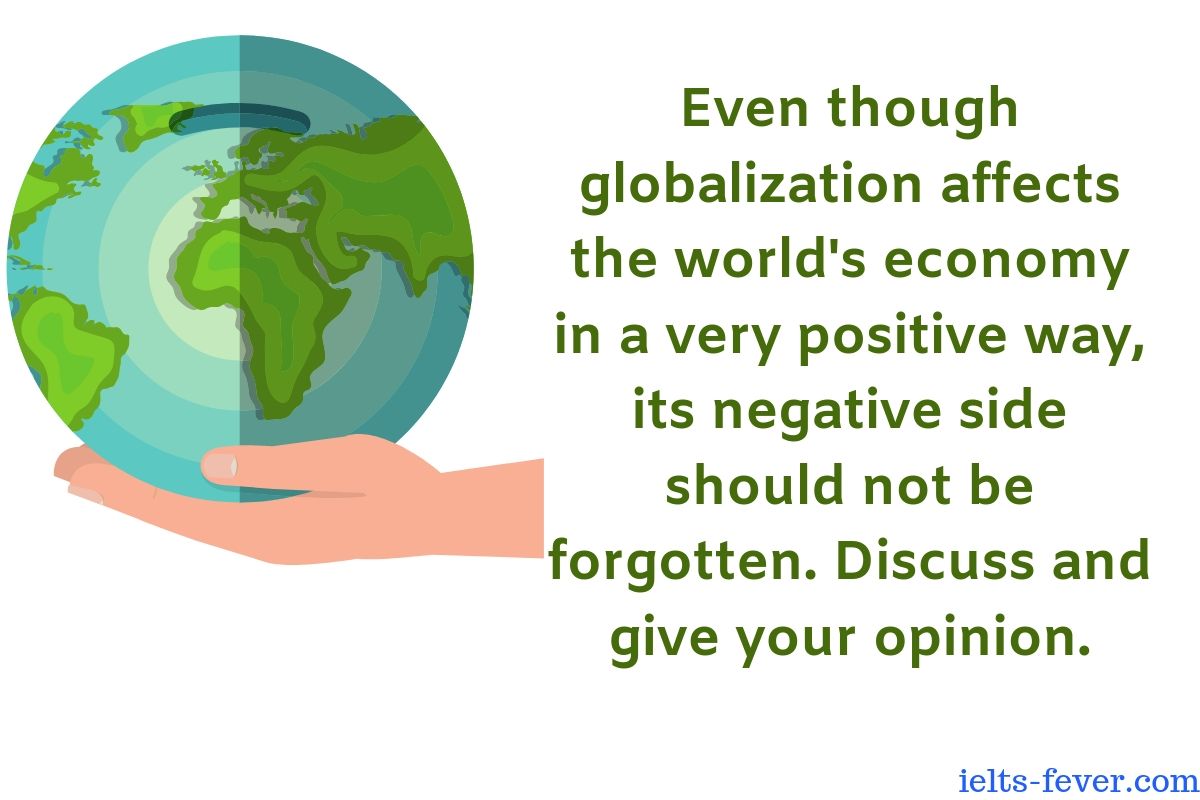 We are living in a global era. Due to globalization, there is no barrier to interact with other nations. In fact, people, government and businessmen can easily communicate with worldwide. As we all know it helps to increase our world’s economy but we can not deny its downside. Before giving an opinion it is essential to discuss both views.

Due to globalization, the whole world has become a global village. it helps to raise the world’s economy. Nowadays there are many MNCs opened in developing countries that provide employment to various workers. With the earning of MNCs economy of the world become more and more wealthy.  For example,  Nestle is a multinational company but branches of this company set up in the whole of the world. Moreover, a person of different nations communicates with each other without any barrier. As a result of it, people and governments of different nations built a strong relationship.  All in all, it increases our standard of living as well as the economy.

However, it also has some drawbacks. Multinational companies are opened in that area where labor is easily available at a cheaper rate. They believe in excess work and less pay so that they always export the labor of developing countries. furthermore, the increasing rate of od MNCs also increases pollution and toxins rapidly. Apart from it, due to globalization some of the epidemic diseases spread worldwide easily such as swine flu, bird flu.

To conclude, it is clear that every coin has two sides. Globalization is beneficial for the world’s economy but also has some negative impacts. According to my, globalization has a more positive effect than negative. It helps to communicate,  trade, traveling without any boundaries. Overall, it definitely increased the world’s economy.