Describe an experience when you were with people and you got bored.

-When was it?
-Where was it?
-Why did you get bored?
-How did you feel about it?

Well, I am an extrovert type of person Who never feels bored in the company of friends and family. I hardly remember that time when I felt bored at a wedding party. Actually it was a reception party for my sister’s friend. I describe it briefly.

Approximately 2 years ago, my sister’s friend named Preet invited her to his wedding party. My sister wanted to attend this party because Preet is one of her close friends. Unfortunately, my parents didn’t allow her to go alone at this party. Then she requested me to go with her. I didn’t want to hurt him and I said yes to me.

On the day of the party, we got ready and we both looked so beautiful. This wedding party was held in a palace named “Taj Palace”. We reached there at the time of the party. 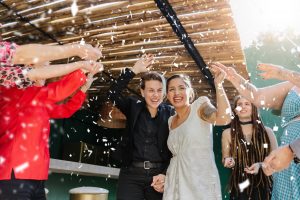 My sister met with her friends, and she also introduced me to them. But unfortunately, I didn’t know any person there. When Preet and his wife, a newly married couple came to this party, everyone started clapping for him. My sister got busy with the newly married couple.

I felt bored because I just set on a chair alone and I was just watching people again and again. For half an hour, I stayed in the same situation. When I requested to my sister for departure. But she wanted to spend more time with her friend and his wife.

For time pass, I went to food stalls that were available there. Then I tried food such as Italian pasta, Chinese noodles, and so on. After doing it, I again sit on a chair in our corner in the palace and started feeling bored again.

After half an hour, I again requested to my sister for departure, then she said yes to me. So, we came back home. Overall, that was the time when I was with people and got board.

Describe an experience when you were with people and you got bored.