When was the first time you admired the sky?

-What were you doing
– Who was with you
– What you saw

Well, every person sees the sky every day. Some human beings see it as an inspiration, but some persons like to admire the sky from their core of heart. Sometimes, I also like to admire Sky. Here I would take an opportunity to talk about that time when I admired Sky for the first time.

At that time, I was 7 years old. What happens actually? There was the marriage of my cousin brother. Lots of relatives came to his home in order to attend his marriage functions. My uncle divided all works of his son’s marriage between some trustworthy persons including me.

At that time, I had to do an arrangement of beds for relatives at night. So, after completion of marriage functions, at night, I did my duty very well by providing the best place for relatives to take rest. and then I decided to take rest on the roof of my cousin’s brother’s home.

I set up my bed there. One of my friends named Preet also lied down with me on a bed that night. Then we both started admiring Sky. We shoulda a lot of things with each other are related to stars in the sky. That night, the sky was full of stars. 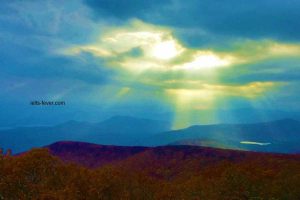 Did I think that how many stars are available in the whole sky? I also asked about it from Preet. He started laughing and then, told me that his grandmother told him a plethora of stories related to sky and stars.

In addition to it, his grandmother believed that a sky has lots of stars as many as a sheep has hairs on its skin. Because both things are countless.

Moreover, at the same time, we started talking about constellations. I told him about one of my favorite constellations named Ursa Major. Actually, my grandfather told me about this constellation. According to my point of view, it is like a big spoon which we use in the kitchen to serve food such as soup, rice pudding and so on. Some people say that it is like up plough which a farmer uses in his farming.

After taking some time with my friend Preet, I felt sleepy. We also wanted to take good sleep after an interesting discussion about stars and sky.