The plans below show a theatre in 2010 and 2012. Summarise the information by selecting and reporting the main features and making comparisons where relevant 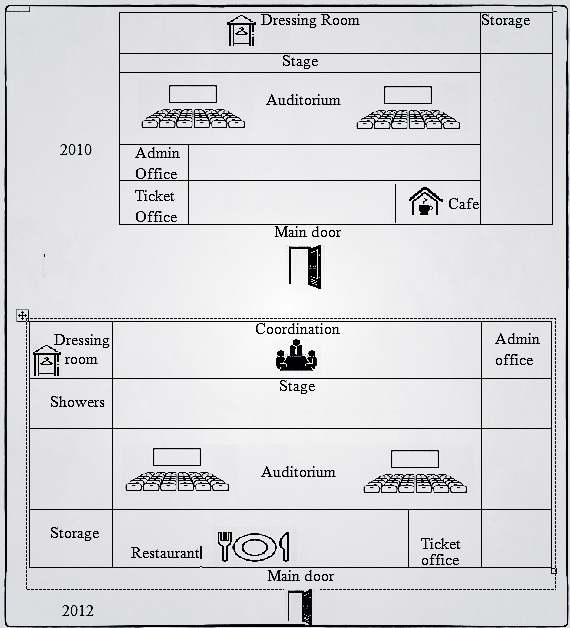 The pictures of theatre illustrate the changes in two various years, between 2010 and 2012.

Overall, the theatre size has been developed, and many new amenities have been introduced in the year 2012.

As can be seen from the plans, in 2010, in the north, the size of the dressing room has been changed, whereas, after two years, that was located on the northwest side of the stage. Moreover, new coordination was introduced in 2012. And on the east side of it, the admin office was located. Showers were situated on the west side of the stage. Also, the size of both auditorium and stage was enlarged in
the same year.

Furthermore, the restaurant was also constructed on the north side of the auditorium. In 2010, there was a café near to the main door; however, it has been converted into a ticket office in the year 2012 finally, although the location of the storage room was in the north-east side, after two years that was on the west side of the restaurant and near to the main door.