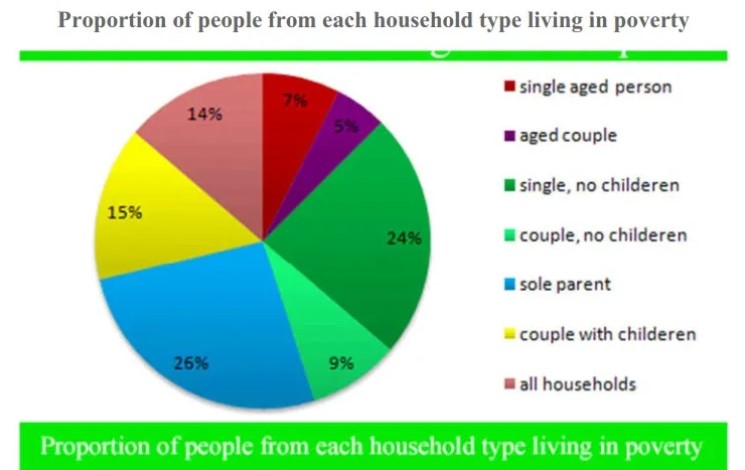 The circular representation and depicts information about the percentage of various groups of the family from the UK who was staying in poverty in the year 2002.

Having a quick glance over the chart, it is seen that a total of seven different families is given. The sole parents suffer maximum from poverty, and the proportion was 26%. However, the aged couple suffers a minimum from it (9%).
Moreover, the proportion of single aged person who stayed in poverty was 7% whereas the per cent was double in people who lived in poverty from each household(14%).

Moving towards the rest of the details, it is seen that the couple without children and single who do not have any child had been 9% and 28% poverty rate respectively. At last, the family of a couple with children, their figure of poverty was 15% which was 6% more, relative to the couple without no children in 2002.

Overall, the percentage of a single aged person and the aged couple who suffer from poverty was almost similar.