The graphs indicate the source of complaints about the bank of America and the amount of time it takes to have the complaints resolved. Summarise the information by selecting and report in the main features, and make comparisons where relevant. Write at least 150 words 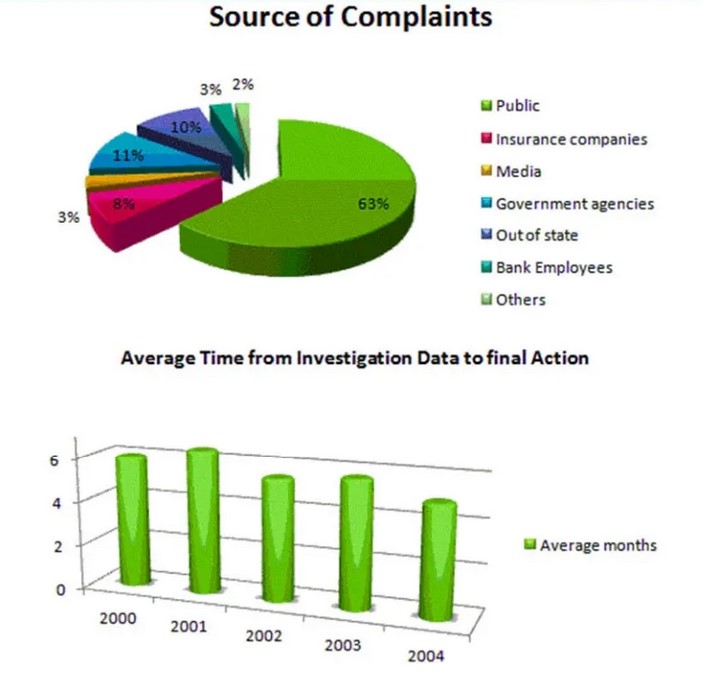 Overall it can be clearly seen that the public add more issues to be sold near and it took a long time to resolve the problems in working here.

It is vividly clear that larger of my covered by the public complaints which are 63% another issue was given by insurance companies to bank some person term of objections were adjusted by the media and bank employees apart from this company agency contribute in this box 11% which is 1% IMO by a native of out-of-state negligible ratio was developed to it which is only 2% by others.