The plans below show the site of the mining town in the past and after redevelopment in the present day. Summarise the information by selecting and reporting the main features, and make comparisons where relevant. 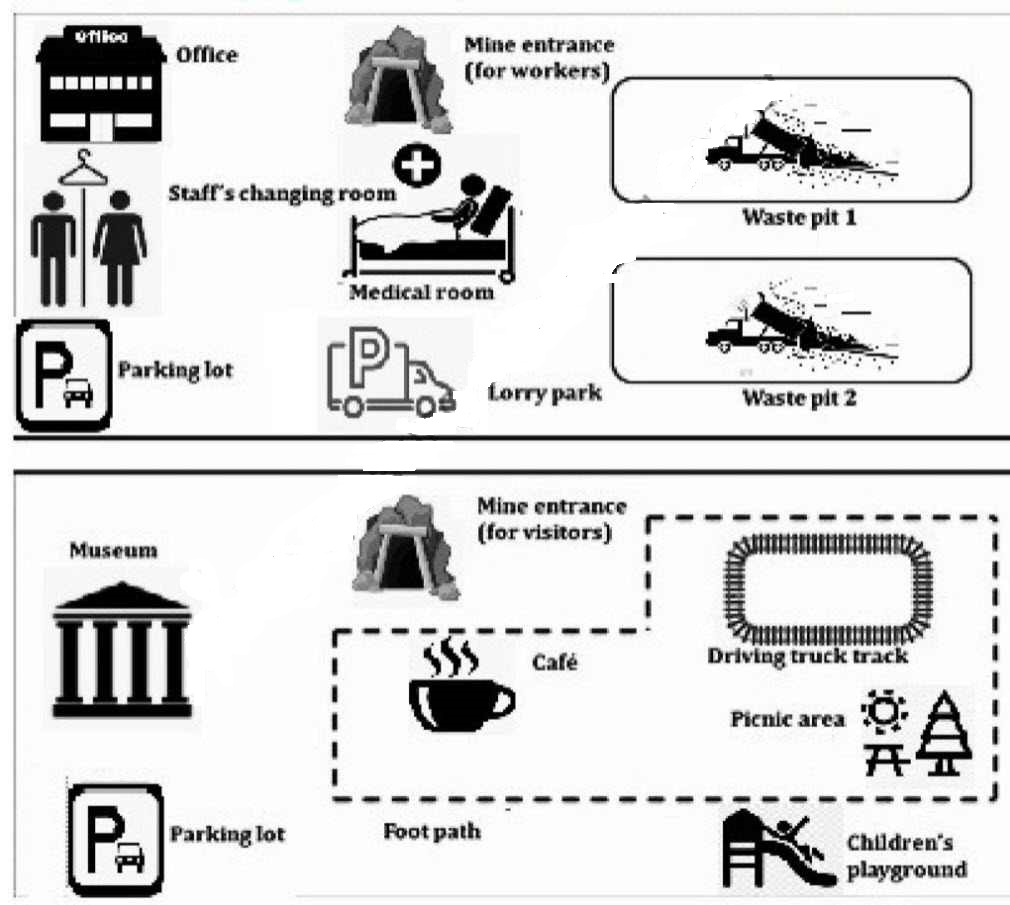 Earlier, as shown in the first diagram, space was utilised effectively, and a lot of things such as office, changing room, medical room etc., were constructed. The previous site of the mining town had more facilities than after the redevelopment.

The two diagrams portray that the site of the mining town has developed drastically. The office was converted into a museum, and the space dedicated to the staff’s changing room was also included in building the museum. Further, the medical room situated in the middle of the site was converted into a café. Although there are major changes in the exterior, there is no change in the parking lot or the mine entrance for workers. The area designated for the waste pit has now changed to a relaxing zone.

Even though site 1 had more facilities, site 2 seems much more organised and well designed.