Describe a time when you find something that someone lost.

Well, many times, we forget our things on buses or taxis due to hurry. It depends on good luck that we get it back. Here I would like to talk about the time when I did find a library card of a college student. I describe it briefly.
About a year ago, I was traveling on a bus. Actually I was going to college. In bus, I sit on a seat but after some time, I felt something under my feet. It seemed like a paper or hard card. 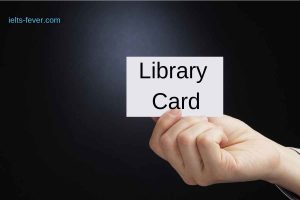 When I took it, I saw that it is a library card of a college student.
Then, I read details on it and found that it was of a person named Lovepreet who was studying in my college. He was doing a Bachelor of Commerce. I did not know him. I thought that maybe he is traveling on the same bus.
So, I saw people around me on that bus but I couldn’t find that person. Then, I decided to submit it to the library of my college.
On that day, I reached my college within a few minutes. I went to the library to submit that library card. After reaching there, I informed to a librarian about this lost property. Suddenly, a student came there and started complaining about his library card.

He explained to the librarian that he had lost his library card. His library card was in my hand. I had shown him that card and he told me that this card is his property. I gave it to him.

He was very happy after receiving his library card. He said thanks to me.
After it, he became a friend of mine. Now, we meet with each other in college every day.
All in all, that was the time when I found someone’s lost property. I believe that it is a big responsibility to give back something to the owner if he or she lost it.